In this article you will learn:

What is a deactivated user and why is it valuable ?

Before, when Sherpany user accounts were deleted, they simply were disappearing from the past meetings. It was not possible to find out reliably, who was actually setup as attendee/editor/viewer in historic meetings.

This could be particularly confusing in past votings, where the number of votes was not adding up with the number of participants anymore.

With this improvement, the "deactivated users" will not disappear from the meetings already setup, but will be displayed as "Firstname Lastname (deactivated)" ; and allow you to better reconstruct what happened in past meetings. 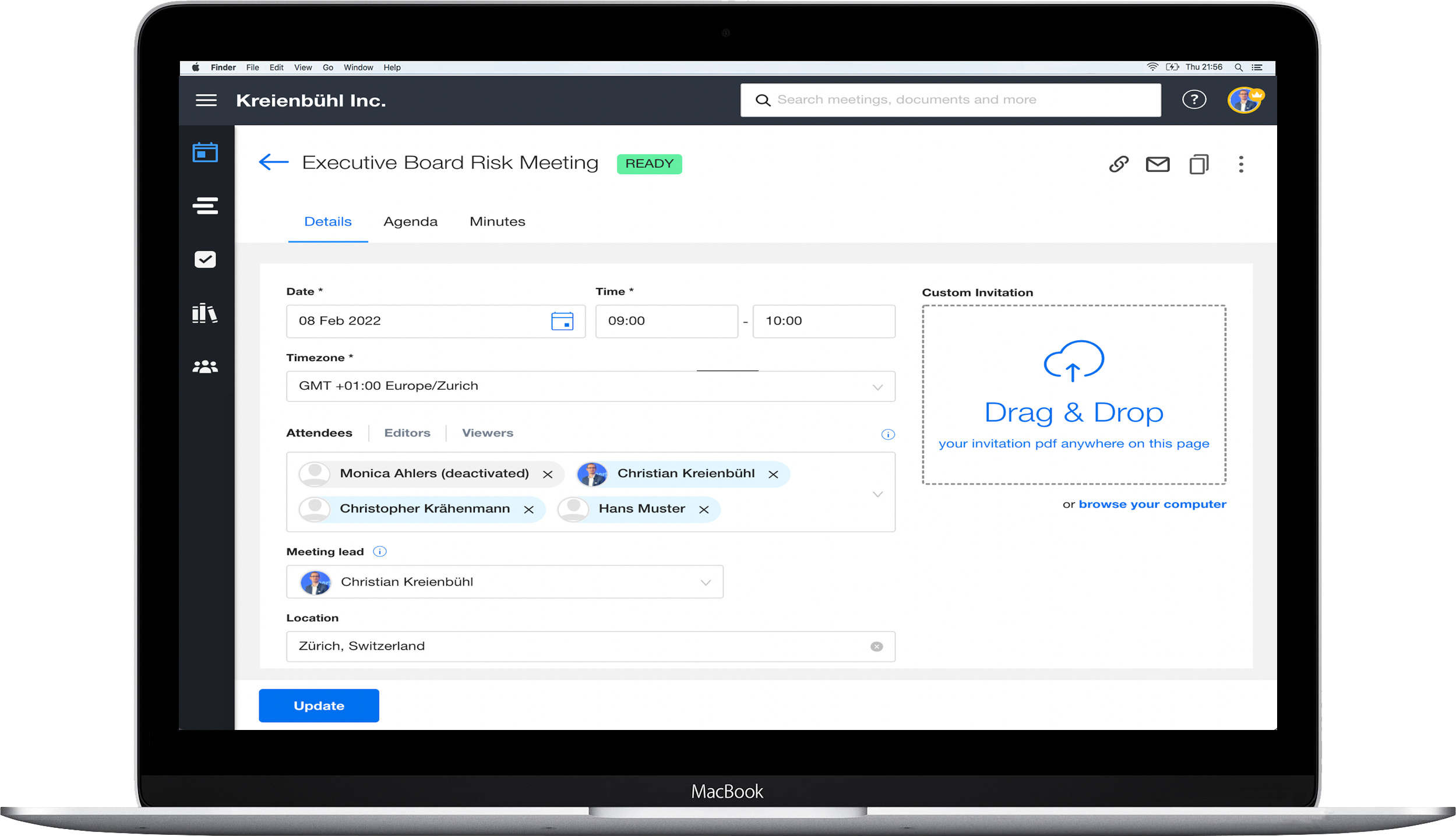 How does deactivated user work ?

In general, Sherpany will continue to show the deactivated user, where he/she was setup before he/she got deleted, but will simply add the suffix “(deactivated)” to the user name.

However, Sherpany will NOT allow to newly assign any deactivated users to any item (meeting, task, etc.).

It is NOT possible to add Jane Doe (deactivated) to any existing or new meeting, because she will not appear in the respective drop down.